Yes, believe it or not, I have finally finished a pair of trousers this year. Woohoo! I actually finished them pretty much on schedule in September, but for a silvery hook and eye, which I could not. be. arsed. to sew on. But I finally have! And I’m pleased to say this was a very simple and satisfying sew, albeit not necessarily my most flattering sew. I can see why the Butterick B6178 pattern is so popular.

I also now know why the editors on Project Runway are always saying how black is such a terrible colour to shoot. I’ve highlighted the black linen I used for the culottes a little and now they just look very wrinkly! Ah well. It’s a medium-weight linen and was very nice to sew with I must say.

Now, let me reiterate that, as I mentioned in my A/W plans post, I decided to make these precisely because it’s a simple pattern and I felt I could practice a bit of fitting with them. There are only 4 pieces (front, back, pocket and waistband) and I was looking forward to casting my fledgling fitting eye over them with the razor intent of a sewing Miss Marple. I didn’t even make a muslin! I know! I have read though, that unless you’re making one in virtually the same fabric it’s pretty pointless for trousers, and my experiences so far have led me to agree. 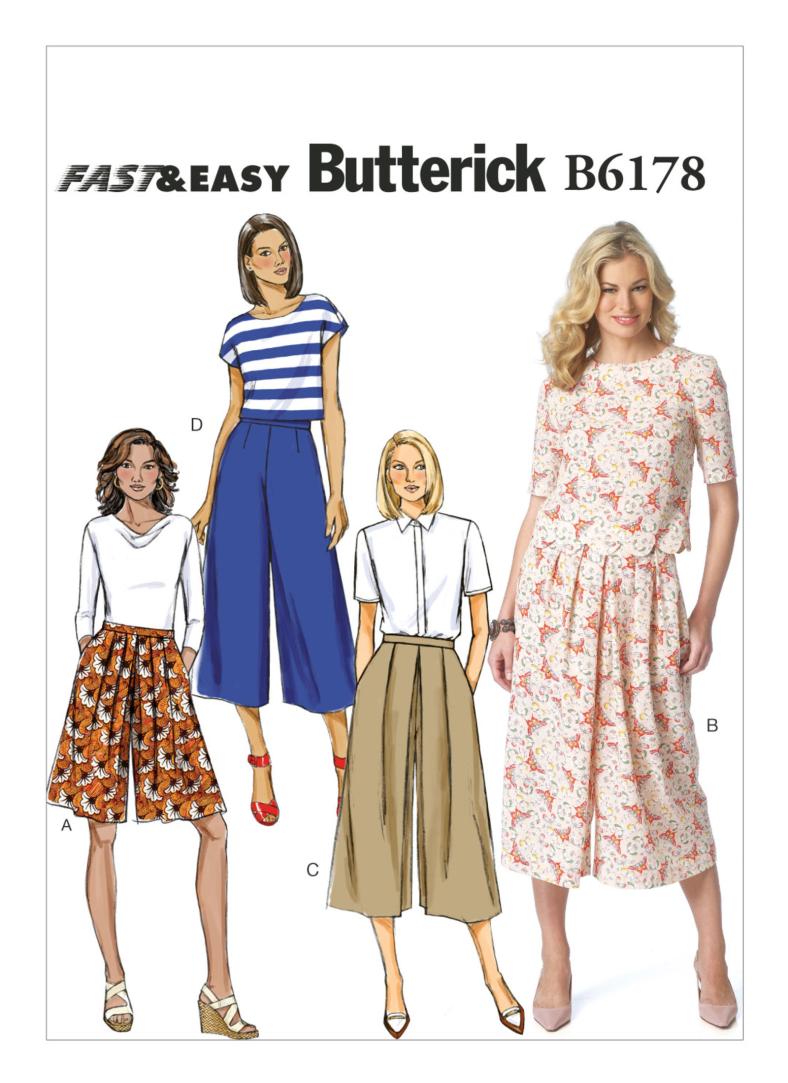 I made View D, which is the simplest version, with waist darts and pockets, but no pleats. I was fully prepared for the crotch rise to be too short. I’ve had this problem all my life, no matter my size or shape. I just have a long crotch to waist measurement. So imagine my amazement when it turned out pretty much perfect. I have since read that many people find the crotch rise too large/long and have to shorten it, which explains the result, but to me at the time, it seemed like a piece of sorcery. Or possibly that I’d done something wrong again.

No matter – I will not complain! I made these in the largest packet size, figuring that I could take them in a bit and they are a bit wide at the hip and thigh, if I’m honest. They’re also a little loose at the waist, but the beauty of them is that I can eat a very large lunch and still fit comfortably inside – even with a t-shirt tucked in! So I think I’m going to leave them as is. The pockets sit nice and flat at the hip, which can be a bit hit and miss sometimes, and the leg is wide enough to be mistaken for a skirt at 15 paces.

Construction-wise, there’s not a ton to say. The instructions were pretty thorough for a Big 4 pattern, although I have to remind myself that they don’t tell you when to finish seams. I have to start thinking ahead a little for that and I really should be capable of that now. I need a big post-it: Finish seams! I did take some short cuts. The instructions ask you to slipstitch the waistband and handstitch the hem. While I have some appreciation for the benefits of this, I used my machine on what are effectively a wearable muslin pair of trousers.

In the interests of 100% honesty, there’s another reason I didn’t and am not going to put much time into fitting adjustments. I had almost finished them and stuck my scissors right through one of the legs by mistake. I don’t really know how I did it, but I cut a decent size hole and that was SO annoying. It’s on the inner thigh, so not the end of the world, but I just wanted to finish them quickly after that. 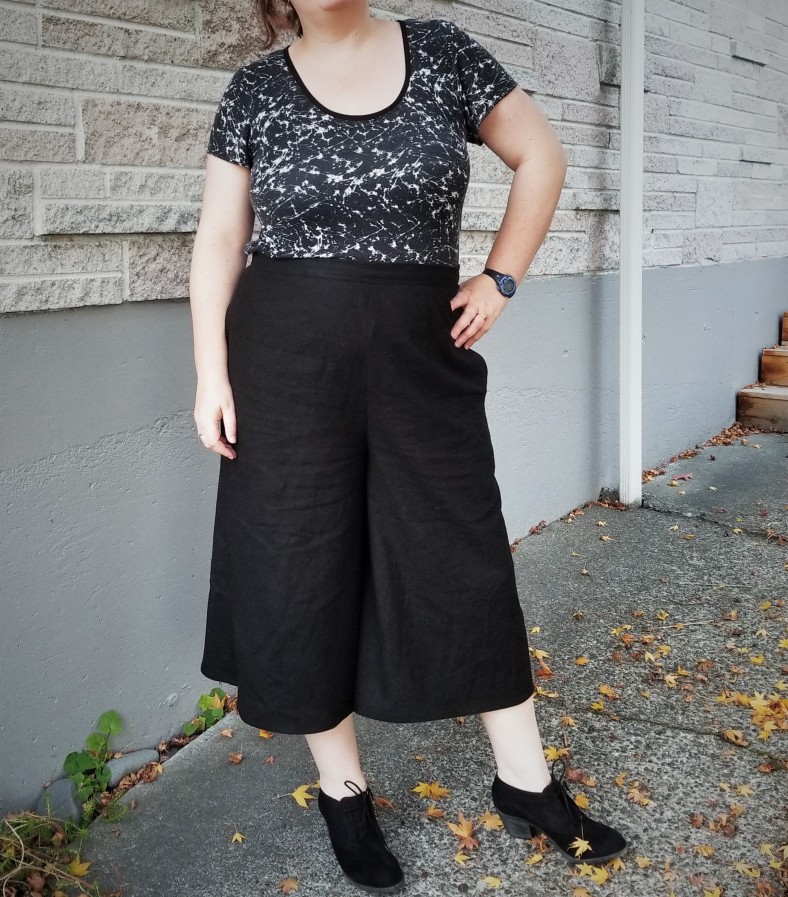 To sum up, I’m not really convinced this style suits me too much. I don’t have the daintiest ankles and it really is quite a wide leg. If my waist were back to its pre-baby measurements, it would probably look okay, but for now, not so much. Nevertheless, they’re very comfy and they are definitely going to get some wear in winter. As a fitting exercise, it didn’t work out quite as I anticipated because I didn’t really make any changes in the end! I guess this is a good thing in a way, but I was all psyched up to get stuck in. Not to worry, I’m sure it won’t be long before I get my chance. They’re also the type of trouser that looks better in movement than in a still picture, I think. If this style suits you, I’d say go for it. It’s a quick, easy sew and the drafting is good. 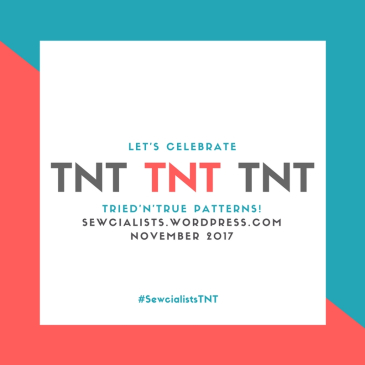 Next, a new trouser type I think! On that note, make sure you check out the Sewcialists blog for the latest community challenge. It’s all about TNTs this quarter, which I could certainly do with, so do stop by if this sounds interesting to you! There are some great discussions going on there and on the IG page.

5 thoughts on “New trousers: Butterick B6178 OR it too culotte of time, but I finished them…”