Hi folks! I’ve been laid out with a miserable cold the last week or so, and I’ve been also meaning to write a little social round-up for a wee while, so it seems like opportunity is knocking on my door, given that I haven’t been doing much sewing! Every cloud has a silver lining and all that, eh? Hmmm.

Anyway, October turned out to be an incredibly social month for me in my sewing life and I thought I’d post a few highlights here for your amusement. And also as a record really, since I’m not sure anyone will be terribly excited to see what I do in my spare time, but, yeah, whateva; here we go: 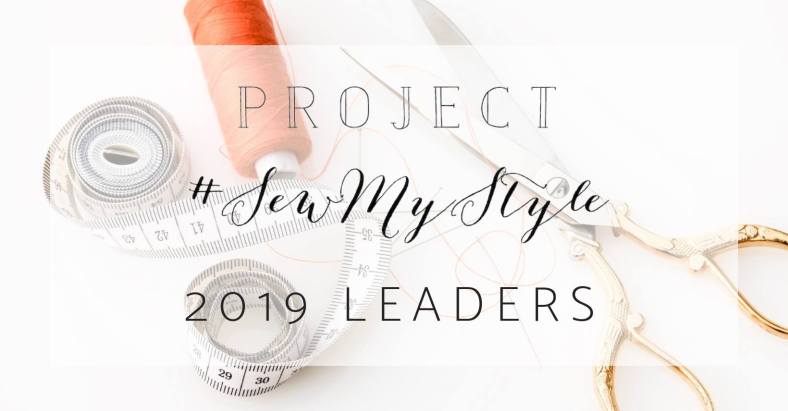 First up, I received an email from Maddie at Maddie Made This to tell me I’d been chosen as one of the leaders for Sew My Style 2019. I don’t know if you’re familiar with this challenge, but it’s in its second year at the moment and comprises a monthly pattern (or patterns) that participants sew up by the end of the month for a “reveal”. They’re all indie patterns and all sewists who sign up get a discount, but one of the main reasons I like it is that it’s an absolutely no-commitment challenge. There’s no fee, or payment and you basically make the patterns you want to, so no big pressure either.

I’ve taken part the last couple of years and have enjoyed the push to try new patterns and the general camaraderie during the challenges. I certainly haven’t sewn them all, but I’ve enjoyed the ones I’ve done. I threw my name in the ring on very much a last-minute whim and was surprised to find out I was in the team, to say the least. There are a fantastic group of ladies involved and we’ve had some good craic already, so expect some fun makes next year!

Secondly this month was something I’ve mentioned briefly on a few occasions: Seattle Frocktails. It would be no exaggeration to say that this took over my life for quite a number of weeks – and my dear husband and parents were wonderful in supporting me, which meant I could put into action everything I’d planned, along with the other fantastic ladies on the Seattle Frocktails team.

We had a brilliant time and I am so thankful to everyone I met, both those who helped with the event and also who came and supported the event! I started thinking about doing it back at the end of 2017/beginning of 2018 and at the time figured we could rustle up around 30 or so sewists. So much has happened in the Seattle sewing scene this year that we sold out the event and ended up with 120 sewists attending! Wowsers! Seriously, I wouldn’t have believed you in a million years if you’d told me that would have been the case a few months before. 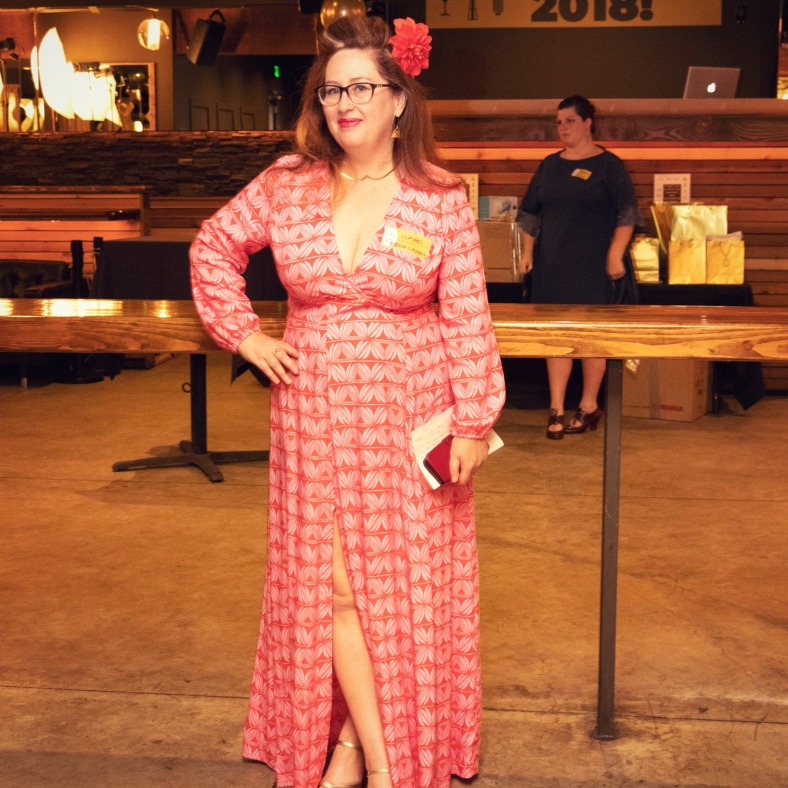 We held the event at the Cedar Room in Ballard, Seattle and the evening comprised a 3hr cocktail reception with an amazing door prize draw, a fashion show, goody bags, signature cocktails and a finger food buffet. I wore my Magnolia dress that I made a few weeks before and went the whole hog with some fresh flowers in my hair too. 🙂 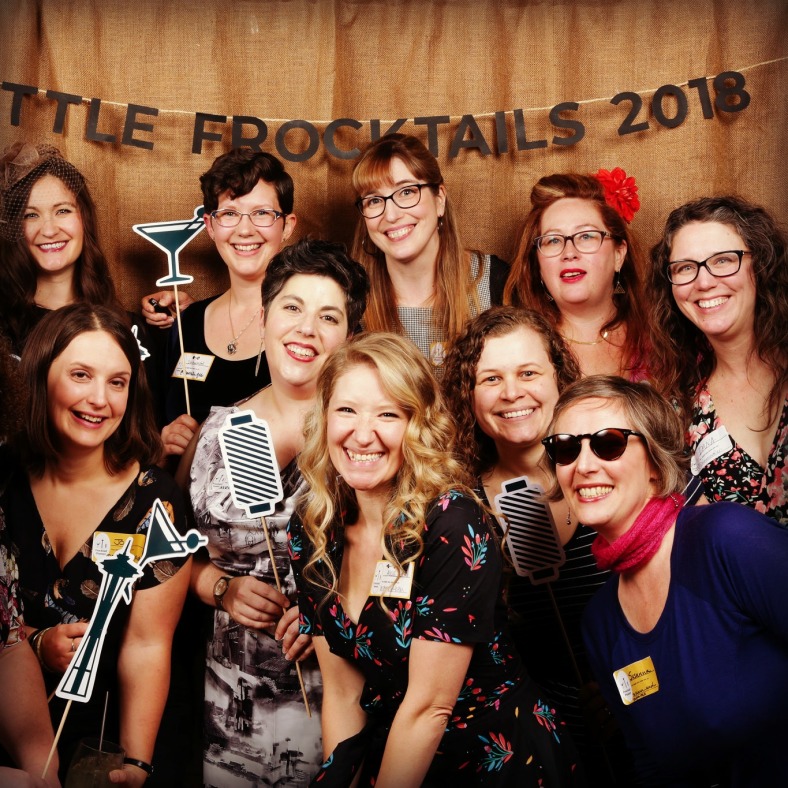 The sewing community were so, so generous in supporting Seattle Frocktails and you can read all about our sponsors, the event and check out photos at our website if you’re interested. I also have to say a MASSIVE and personal thank you to my sister Julie, who designed our logo and flyers at very short notice, my friend Kara who took our event photos as a lovely favour, and also to Becky Johnson of @sewbeckyjo who organized the Portland Frocktails event a few months before and was so gracious with advice and tips. Big hearts and hugs!

Alright! As if that wasn’t enough, I also went to the second fabric and pattern swap held by our #seattlesews group (led by the inimitable Susanna from @susanna_and_katyarose). I went along firmly intending to pass on my recently sorted stash pieces and NOT, I repeat, NOT pick anything new up. Huh. Well, I totally failed of course, because one of our lovely ladies brought in boxes and boxes of denim and wool that she was helping a friend to destash. The truth is that cuts of high-quality denim and coat-quality wool don’t offer themselves up very often, so I’d have been mad to look this gifthorse in the mouth. Right? Riggghhhttt???

Guys, if you’re in the Seattle area (or even visiting!) and haven’t checked out the #seattlesews hashtag on IG or the Seattlesews Garment Sewing Community on Facebook, you absolutely should. I think there are almost 300 sewists in our group now! Crazy! It’s very laid-back and we have a bunch of events going on all the time, so check us out and come along to say hello. 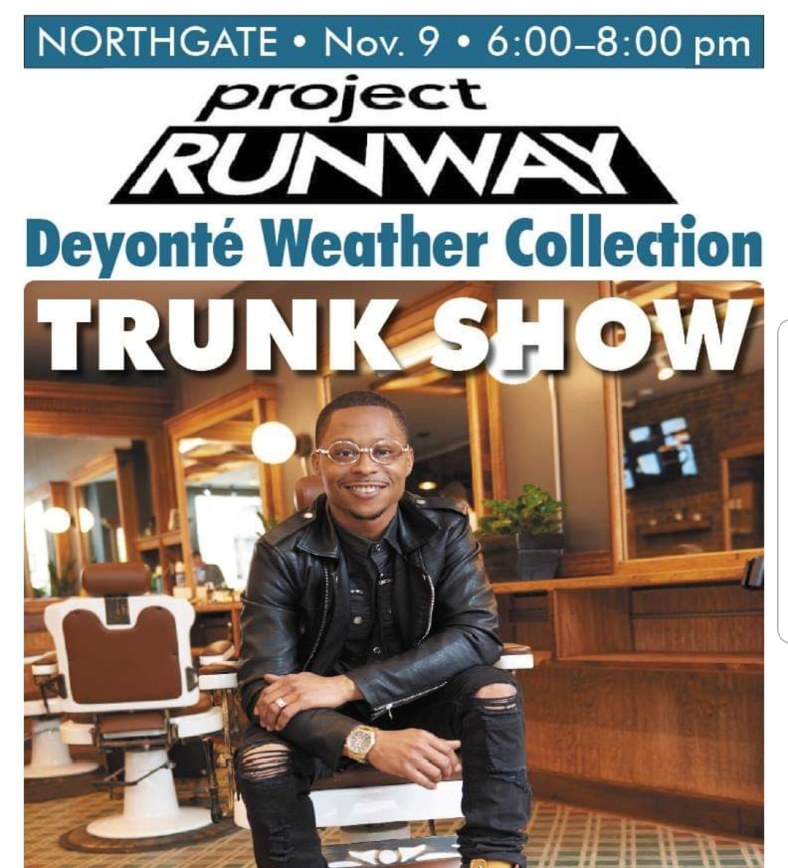 I don’t know if you guys are as avid watchers of Project Runway as I am, but I was also lucky enough to be able to attend a trunk show held at one of our major local independent fabric retailers, Pacific Fabrics, and featuring our local Project Runway celebrity, Deyonte from Season 16.

What a lovely guy he is too! He gave a great presentation and stayed behind for a meet and greet afterwards. Unfortunately that was the night my cold really kicked in, so I had to leave before saying hello, but I heard he was super-friendly.

And that wasn’t the only trunk show in town! A few nights before I headed to one of our other wonderful fabric stores, Drygoods Design, which was hosting an event for the latest copy of Making magazine. If you haven’t checked out this maker’s magazine yet and you like high-end crafting lusciousness, you should. This edition was themed “black and white” and had patterns from a whole host of crafting folk, including one of my faves, Anna Graham from Noodlehead and also garment designer Sonja Philip, who was at the trunk show (she was hosting a class right after for the garments featured in the magazine). Fantastic! Of course, I ended up buying fabric (sigh), but at least it was for Christmas presents this time! For other people, I mean!

I can’t finish up an October post without mentioning Halloween. I LOVE Halloween and I loved it so much this year because we had a Halloween party! Yayyy! Lots of people think Halloween and trick or treating are American traditions, but in Scotland (and other parts of UK and Ireland I believe) we’ve been doing it for hundreds of years. It’s called “guising” there and the only real difference is that instead of saying “trick or treat” we have to do a little party trick, like a song or a dance or tell a joke. You have to work for your sweeties over there!

This year was the first time since I was a kid that I made a Halloween costume and although I did make a crappy one for myself, the main one was for my little boy. He wanted to be a dinosaur, so I used Simplicity 1765 and jeeeezzzz, there are a lot of pieces! But you know what – I really enjoyed making something completely different – stuffing tails and plates and sewing claws. It got loads of compliments and my wee guy Joe loved it, which was obviously the most important thing!

So that’s my round-up for October! What have you guys been up to? Any exciting holiday plans?