Ooh, I loves me a bit of alliteration. Seattle Frocktails happened on November 9th and it was another exciting evening in the world of Seattle sewing. You might remember that last year I kicked off Seattle Frocktails, but I wasn’t able to organise it again this year due to other commitments and, luckily for me, a couple of the ladies from last year’s team were keen to take it over – and they did a grand job! I was working on a Vogue dress for the event, but it ended up being a “not feeling it” situation. I was feeling a bit bloated and I just didn’t think I could make it work (although I will finish it soon), so I had a bit of a last minute panic and started a new outfit the day before the event: this silver Sirocco jumpsuit! Woo!

Now, I have made the Sirocco before – my original black version (with all the pattern details if you’re interested) was one of my favourite projects this year and I would totally have worn that – except that I’ve put on a bit of weight since then and it’s just not comfortable any more – boo. The pattern also needed a few tweaks and so I decided to practice on a new version and see how I got on with a narrow shoulder adjustment, a crotch scooping effort and a low bum adjustment. Don’t these alteration monikers make you feel good? I sound like I need a tune-up at the nearest garage! Ha.

I found this rather cheap, but very stretchy silver knit corduroy at my local Joann Fabrics, which is somewhere I try not to shop these days (I HATE their business model), but unfortunately I don’t have many last-minute options, and I needed something last-minute, so Joann it was. I bought 3 yards and pretty much used it all. You can see the cheapness in some of the photos as it’s a tad see-through. Ah well – I put on some skin-coloured Spanx, which gave me a funny-shaped bum – but it was better than the bum crack alternative, haha. The glamour of my life.

Anywayyyy, I thought I’d post a few pics of my adjustments in case you were thinking you might need similar.

Narrow shoulder adjustment: my regular modus operandi is to make a garment according to my upper bust measurement to get the shoulder fit and then adjust from there. However, I already had a decent fit from the black Sirocco, but knew I needed 1/2 inch narrower shoulder, so decided to try out this one. Good news: it was easy and effective!

It involves creating a hinge by slicing almost to the armhole and almost to the top outer corner and then sliding your piece (1/2 inch in my case) in towards the inner shoulder and taping. You can see my tape top left. You then adjust the hinge so the seam line is straight and tape up. I used this tutorial by Melly Sews, which explained it perfectly, as well as many other common shoulder adjustments.

Round pubis adjustment aka camel toe adjustment: the most delightful of the adjustments, but the main issue I had with the original black jumpsuit. I actually debated with myself for ages whether it was really this adjustment I needed or the too-short crotch one. This one helped a lot, but I think I need a slightly longer crotch as well – I do have a particularly lengthy crotch! Just call me Long Crotch Silver, as I remarked to someone the other day.

I used these Closet Case Pattern pants fitting tips to diagnose and treat my issues and there are tons of other tutorials too. Unfortunately in every photo my scarf is covering my -ahem- pubis, but you’ll just have to take it from me that the situation was improved. You can see the approximate line in the first photo, but I needed a 90 degree angle at the seams, so the final line is deeper and flatter.

Low bum adjustment: Again, I have both a low and a flat bum (lucky old me), but I plumped for the low bum changes on this iteration and, again, it helped a bit, but I need a flat bum one too. To be fair, the Spanx definitely made my bum look a little more flat and weird even than normal, plus, well, thin silvery knit fabric is never going to be ideal… sorry the pic for this adjustment is rubbish!

The main other change I made to the jumpsuit was to add a thin silver scarf, which was made very simply by taking a longggg rectangle of fabric, folding in half lengthways RST, sewing two of the three edges, turning inside out and sewing the last edge closed. Bob’s your uncle – an accessory! I’d tried a multitude of necklaces, but the silver knit was a tough match and this was definitely a good option. 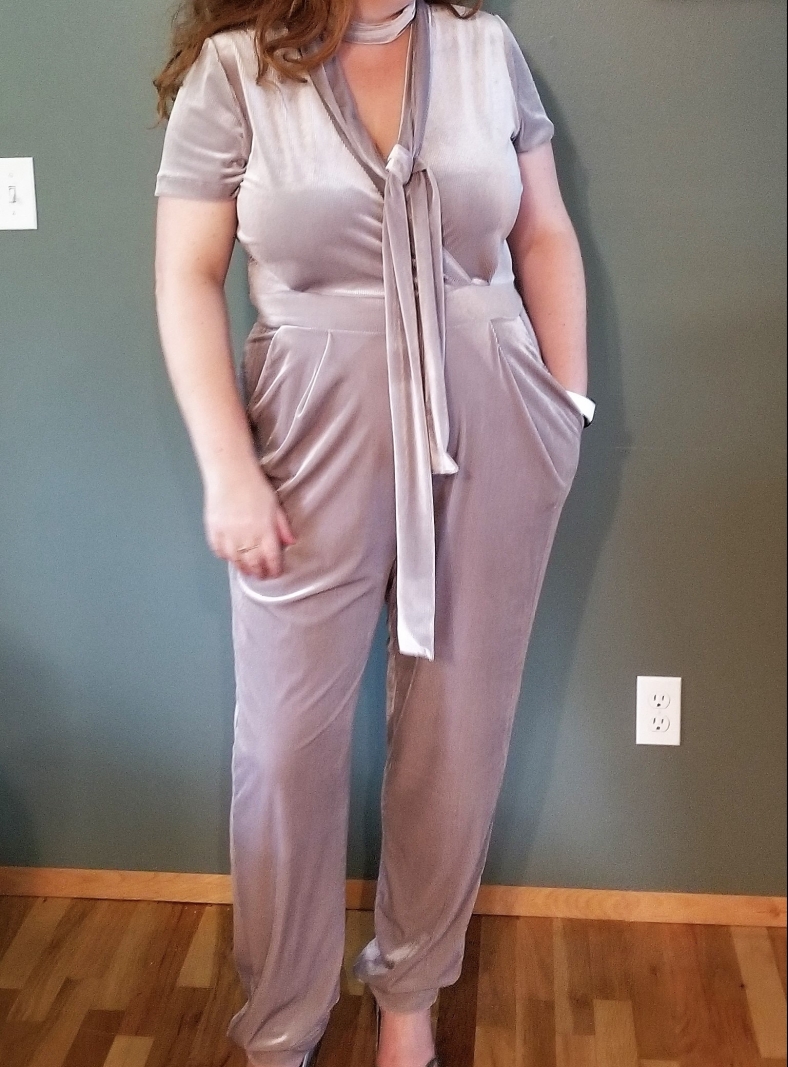 And that was about it for my second version of the Sirocco jumpsuit! I’m sorry the pics are fairly low-quality. It’s almost impossible to get decent pics of a silvery jumpsuit in winter light on your phone. One of these days I will get a proper camera!

1/2 I have a lot to say about this latest project, so let's start with this pic! It's Le 004 from DP Studio and it's the first of their patterns I've completed 100%. I have quite a few of them but haven't had much joy with so far: the first was a dud for me (I will post it soon as I note I haven't put it on Instagram yet) and I lost steam with the other; I occasionally take it out, look at it for a while and then put it away for another day, gently sighing.
Outfit in the wild! It almost felt like normality today, going to a real life art exhibition. This is my @namedclothing #reetadress and @atelier_to_naniiro_textile linen coat at the current Monet at Étretat exhibition at @seattleartmuseum. Small but perfectly formed, the wow factor when seeing the main paintings was high. Photos obviously don't do them justice, but Monet really was a fully technicolour bearded behemoth of the 19th century. So beautiful and absolutely worth a look if you're in the area.
Blog post up now on my #seamworklarkin bomber with a little tutorial on exposed zipper pockets and the ruffle I added. Here are a few pics of the details, including that lovely bemberg rayon lining, which makes wearing it feel so dreamy.
The new Seamwork patterns are out and this is the Larkin bomber jacket, which is designed as a gender-inclusive pattern. Very cool. I decided to lumber it up with some plaid wool from the stash, but added a fun ruffle to the front as well as exposed zipper pockets instead of the welt pockets as designed. I like a welt pocket with the best of them, but I've done a few recently so felt it was time for a change.
Quilt No. 3: the Halloween edition. I'm genuinely not sure what to post for quilting projects. With garments I always want to see the garment on a body or a detail, so that's what I try to post. Not so sure about quilts. I guess it boils down to what you want to highlight, so I've started with the thing I'm most proud of and that's my first free motion quilting on the Ol' Brother CS6000i!
Sneak peek of one of the new @seamwork patterns for October. The pattern actually has welt pockets but I switched them out for exposed zipper pockets as I reckon it suits my plaid wool better. Plus it's quicker! 🤪
Loading Comments...
%d bloggers like this: