So to the one everyone loves: the Sewing Top 5 Fails/Misses! 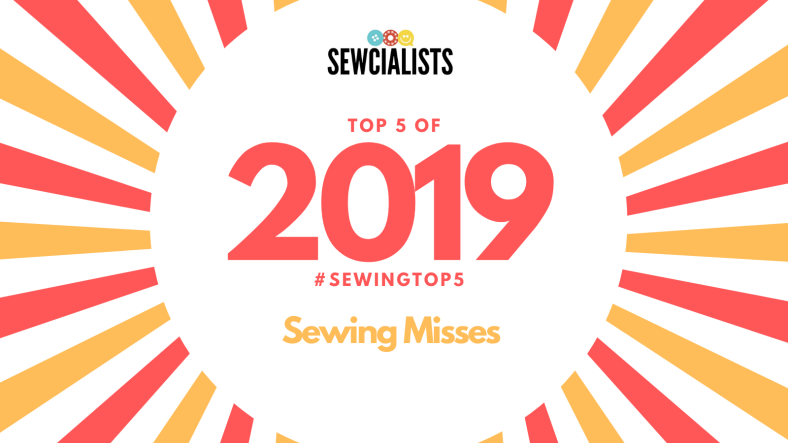 (Here are my Sewing Top 5 successes if you missed ’em). I had a few misses to pick from this year actually, but the criteria was basically – do I wear them? And if not, why not? With that in mind, let’s get onto the first, possibly surprise, entry: 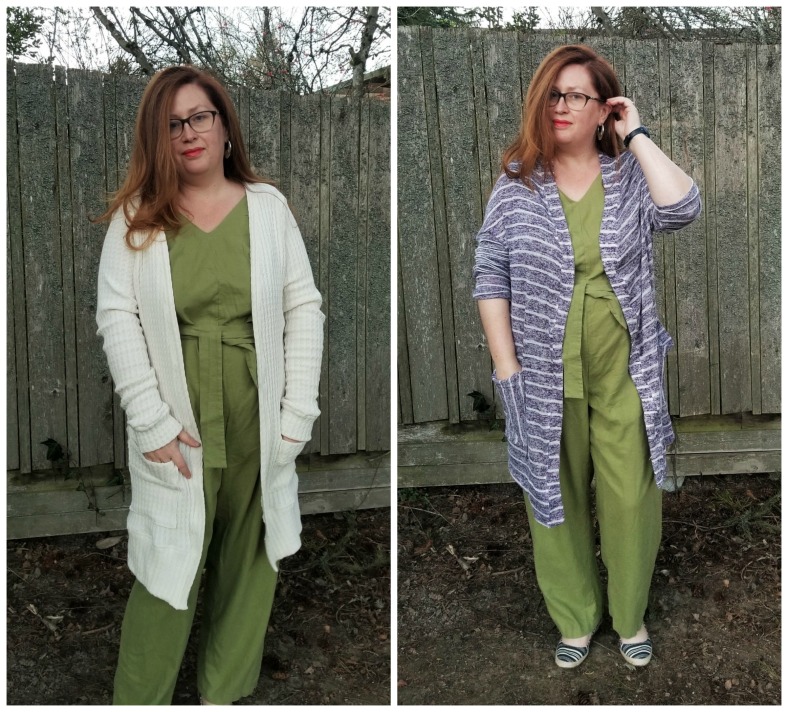 Yes, this may indeed be a surprise first entry since the Blackwood Cardigan is one of those patterns that everyone and their dog loves, but I don’t wear mine really. The pattern was nice and I enjoyed putting it together – it’s fast and it’s inclusive with good instructions. I think my failure came down to the fact that I chose the wrong fabric for two different versions.

They both look nice in the photos (if a little wavy, although that sorted itself out), but the white knit is too heavy. It didn’t wash particularly well and it really drags. The Blackwood version I made is long (a touch too long for me actually) and it gets even longer over the course of a day. The pockets are pretty much out of reach after lunchtime and forget putting anything in them – it looks ridiculous. In comparison, the striped fabric may be too light. And perhaps it just doesn’t go with too many things in my closet, but I really haven’t worn it much. 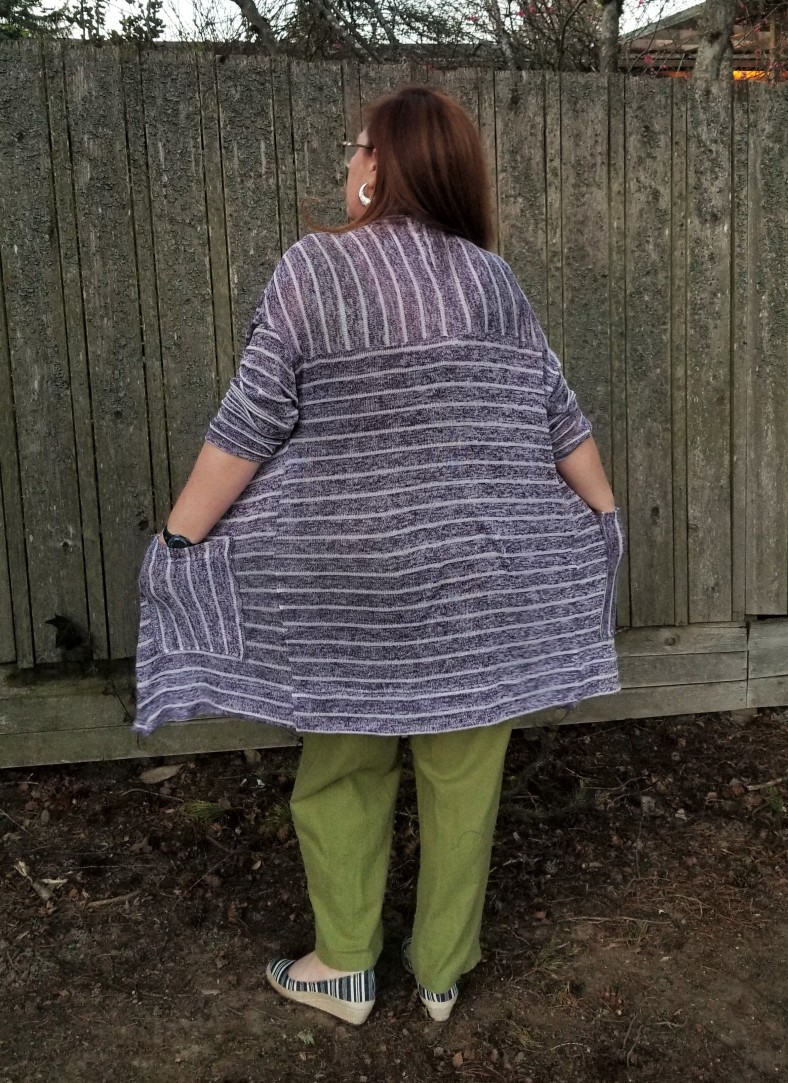 I’m definitely not writing either them or the pattern off. First, I think I’ll use a stable knit with the D cup adaption to see how that goes to try a third version. And I’m pretty sure I could adapt both cardies (shorten the white one for sure) into something more useful and practical. Looking at these photos, I still really like the purple one. Maybe I’ll see if it goes with anything specific I’ve made since.

I didn’t make much menswear this year – just a little at the beginning and a tad at the end of 2019. Most of my projects fit well and have been popular with the hubs, but this is the exception. 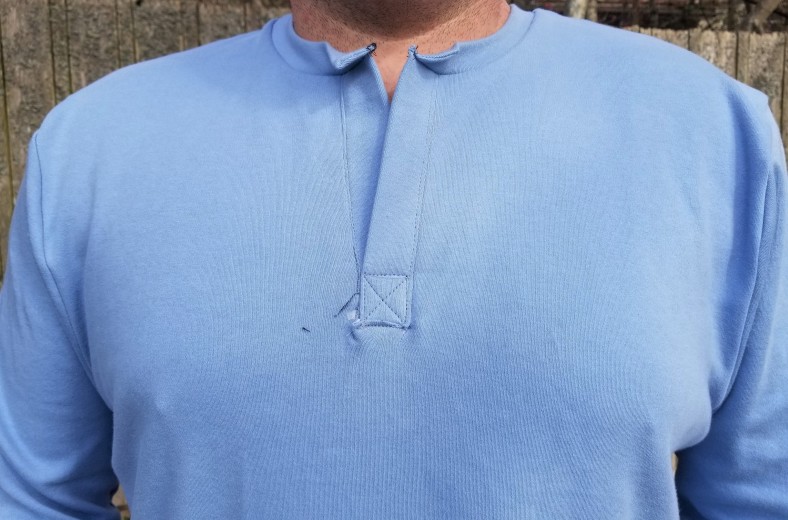 I wrote about it in a post back in March, but the gist is that the sizing on the Eugene was off for me, as were the instructions. It was a hot mess of a project, this’un. 😦 You can’t win them all!

This was a disappointing fail, but one I will go back to fix. I really fancied making something swishy for Vancouver Frocktails this year and decided on this “Very Easy” Vogue dress – the longest version, naturally. 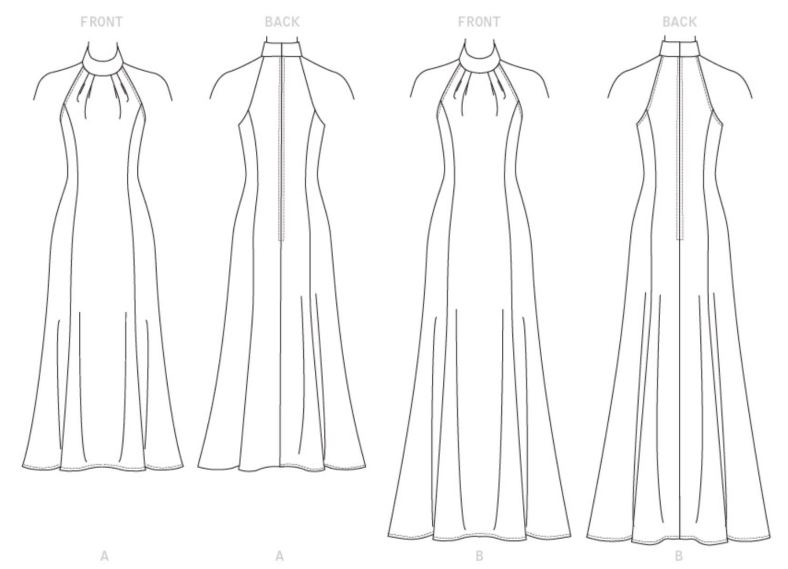 I decided to make life difficult for myself by using a complicated border print fabric that I didn’t quite have enough of and was a little tricky to cut. It took me ages, but was actually my proudest cutting moment. I managed to create a dress pattern out of the fabric that I was totally happy with and it took a lot of work. The back is different to the front and I got all the godet type volume to match up – honestly, it was nice! 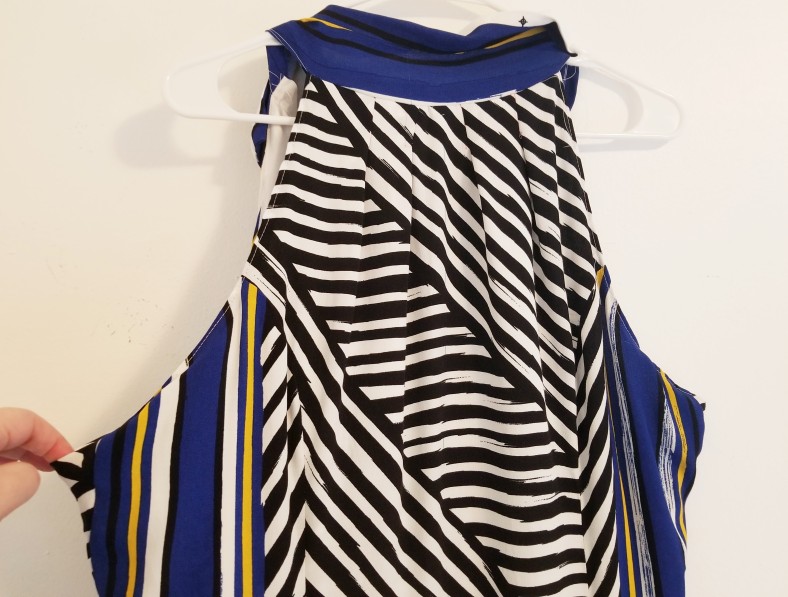 To be fair, the dress was fairly “easy” for a Vogue dress (which I still find the opposite of easy in general), but the design meant there was nowhere to hide and that the fit had to be pretty spot on. I made a toile (not common) – it fit well. I made the dress – it FIT WELL (with a few adjustments I had expected would be needed). Hoorayyyyy! Then I made the lining, attached it… and looked like a sausage about to pop on the grill. Turns out the lining was way too tight… somehow. 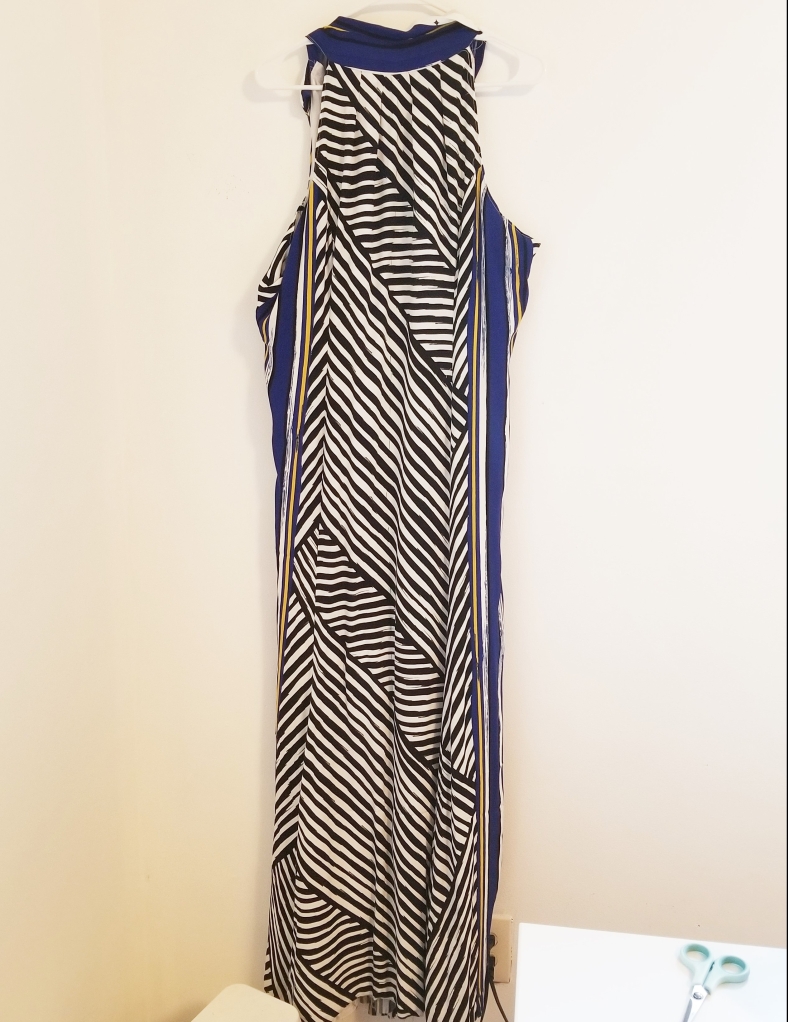 I didn’t have time to fix it for Frocktails, and the lining needed to be sorted before I could make the other adjustments and I ate too much for a few weeks, so felt bloated anyways and, and, and… just… lost the will to sort it. I guess it doesn’t look like much in this progress picture, but it did have great potential and it feels like a real dress, an expensive dress that I would normally pet and stroke in a shop (and then get followed by suspicious security people), so I will finish it. I will!

A bit of a “doh” one, this one, but a good illustration of the sort of simple mistake that makes me want to slap my own face several times with a wet kipper. Basically I cut the Nani Iro Atelier N dress out of this lovely crepe, but sadly forgot that you need to add the seam allowances to the pattern first. NOT the first time I have made that exact mistake, but in this case there was a large negative placket space, so it was kind of unsaveable. Euurrgghhhh. 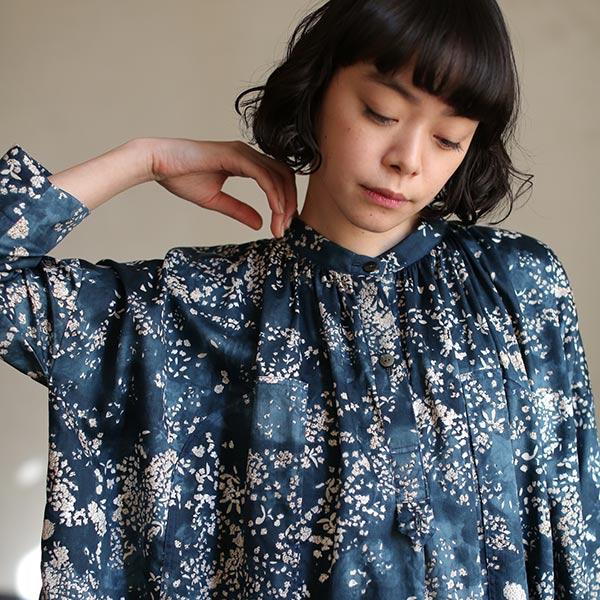 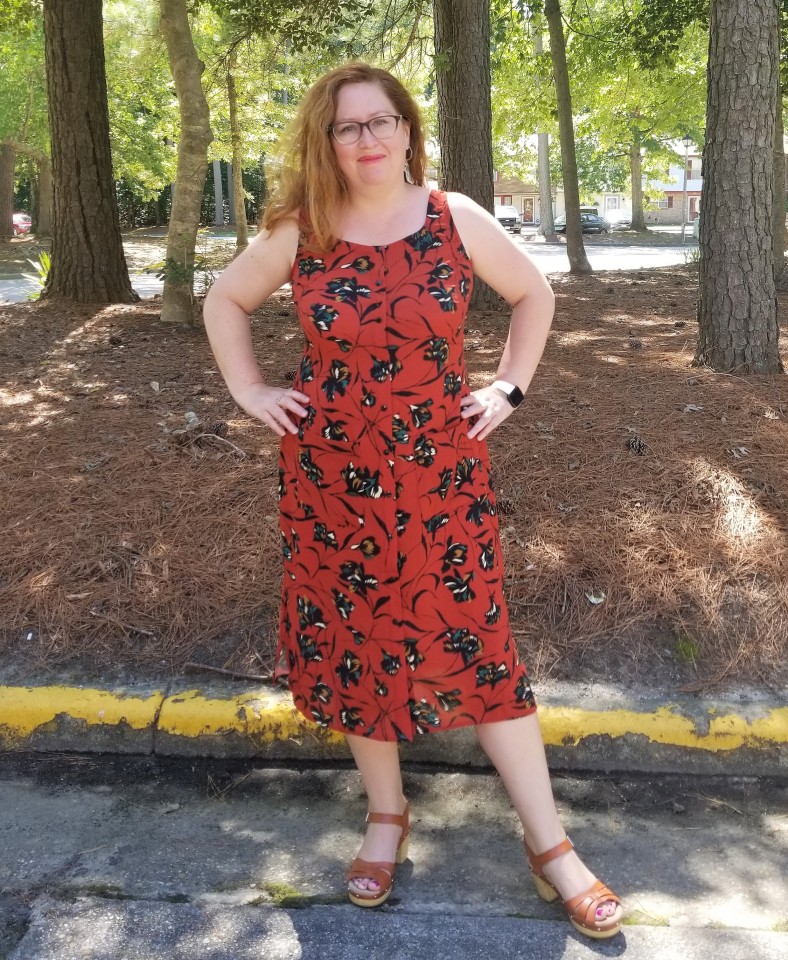 Oh well. Luckily, the Nani Iro dress is extremely loose-fitting and generous, so I managed to carve a Seamwork Adelaide maxi dress from it, which turned out very well. I love the Adelaide pattern and had been meaning to make it again, so all was not lost!

Oh, this was my most recent fail, and definitely one of the few outright FAILS this year. It’s my first make from the Fibre Mood magazine and I was pretty excited because I like the patterns and aesthetics of the managing ladies, who are the original La Maison Victor team (back when I really liked those patterns too). I will admit I had some small reservations about the dress, because it’s on a tall, willowy model and I wasn’t too sure how it would translate on average-height, not-willowy me. But I make plenty of other things that are modelled on, well, models, and they turn out just fine. 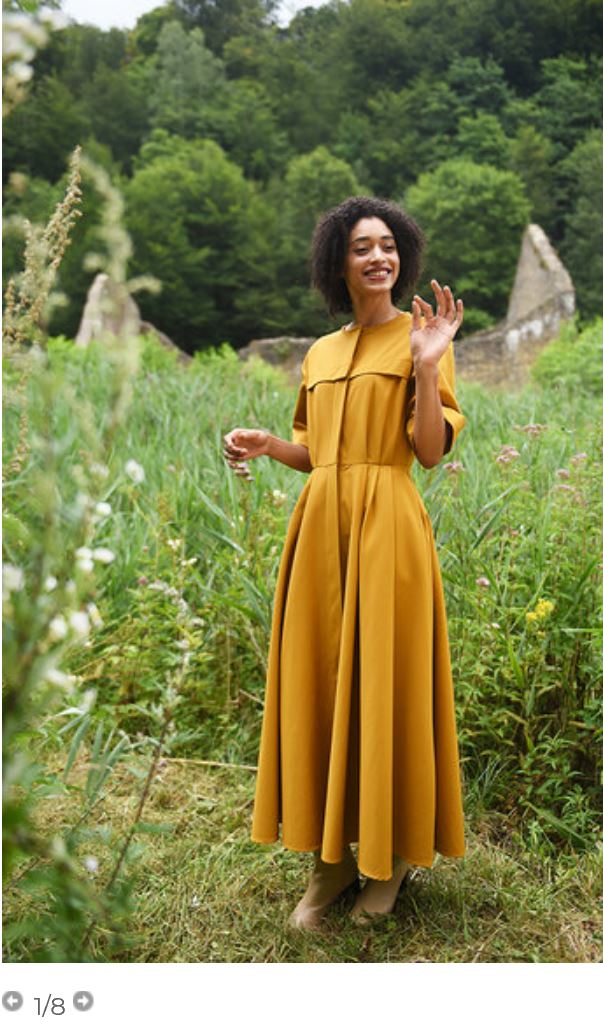 This dress required 5 yards of fabric. Yes, 5 yards. This became apparent after I’d cut most of my 4 yards out and came to the realization it wasn’t going to happen with even the cleverest pattern tetris. I used a lovely, lovely Avery slub linen that I used successfully to make a top. But it was the wrong choice for this dress. 5 yards of Avery slub linen weighs about 1,000 tons (or thereabouts), which presented a number of drag issues. 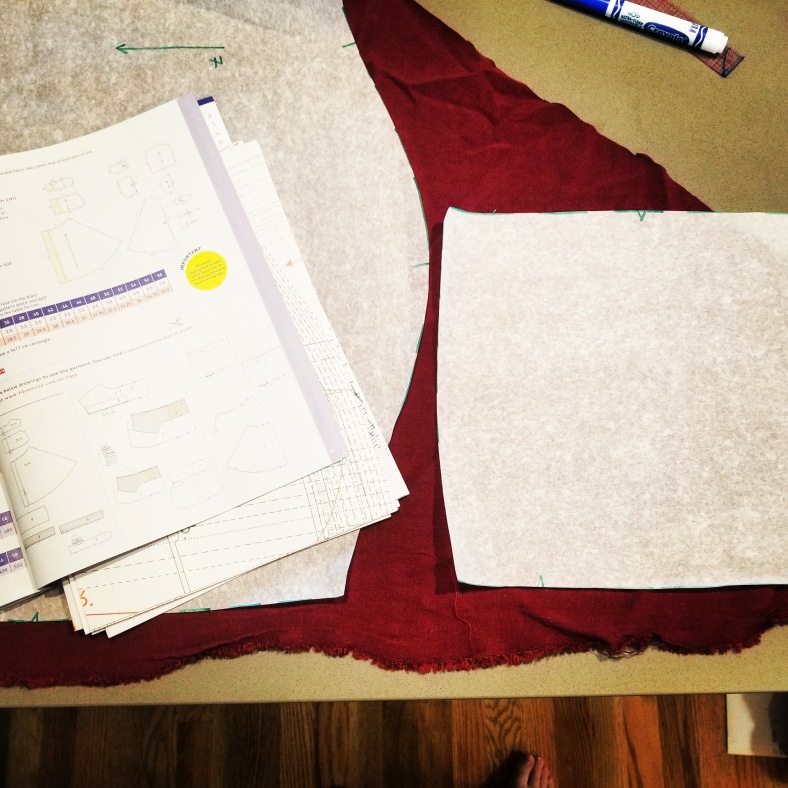 No pattern tetris “make it work” moments this time

Even putting the pattern together was a bleedin’ pain in the arse. I haven’t seen anyone else mention it, but it was painful. I don’t mind Burda-style crazy pattern booklets – they’re ok. I don’t even mind that much having to add seam allowance. Well, a bit. But it’s doable. But some of these pattern pieces were so large you had to stick four pieces together to get one pattern piece, once you’d figured out what went where, and THEN add seam allowance. It took agggeeessssss. And no disrespect to Fibre Mood. The pieces were all correctly labelled and it worked out, but God, I don’t want to do it again. Next time I’ll make a vest.

Lots of the sewing was nice though, with lovely design details, so my mood brightened as I worked through the (very good) instructions.

Then I tried it on. GAH.

I look like a Franciscan monk and not in a good way (I’m sure there’s a good way). It’s too big, too long (both the skirt and, more tragically, the bodice) and just heavy, heavy. Maybe a monk would like to wear it as a form of penance, I dunno. I made a suitable animation for you. This is the only picture I could bear taking.

Now, don’t get me wrong. I’m not a giver-upperer. I will try to do something with this. The skirt by itself is actually quite pleasing and of course I can shorten it, take seams in, lalala. Plus it’s not even finished, and things do sometimes look a lot better once the hardware is installed – but the fabric is just wrong, wrong, wrong for this dress. Sigh. I’ll take a break from it and see if I still want to fix it.

This is a little bonus and I can’t call it a fail, because I love the dress and wear it often (as yet unblogged), but I definitely had a FAIL moment during construction. This post ended up in my Top 9 Instagram posts of the year, as selected by how many likes it got, so I feel I ought to include it as an addendum.

The Camp Dress comes with breast pockets as standard and I do like a pocket on a shirtdress, so I duly went ahead and fashioned some. It was only when I was about to attach them to the dress that I realized my error. Here is the IG photo of them attached to my sweater for your delectation:

And with that, I bid you and 2019 farewell. Well, I may sneak one more post in, but who knows. I hope you all had a wonderful Christmas and enjoy your New Year with family and friends. xx