Raaaarrrr! Check out my leopard print! At least, it’s sort of a leopard print, I think. This is the shirt review from the outfit I posted the other day, where I wrote a fairly detailed review of the Deer + Doe Acajou trousers. However, since I’ve already used the I AM Patterns Irma pattern once before, this post will be much shorter.

As you may or may not remember, I made the full-length shirtdress view of this pattern at the end of last year. I really liked the result and it was a fairly easy decision to use it again, but this time with the shirt view and the bishop sleeves instead of the straight cuffed sleeve I used for the shirtdress. As per the shirtdress, it has a collar with stand, a concealed button placket (great instructions for this part too if you haven’t put one together) and a box pleat in the back just to max out that billowy fullness.

END_OF_DOCUMENT_TOKEN_TO_BE_REPLACED 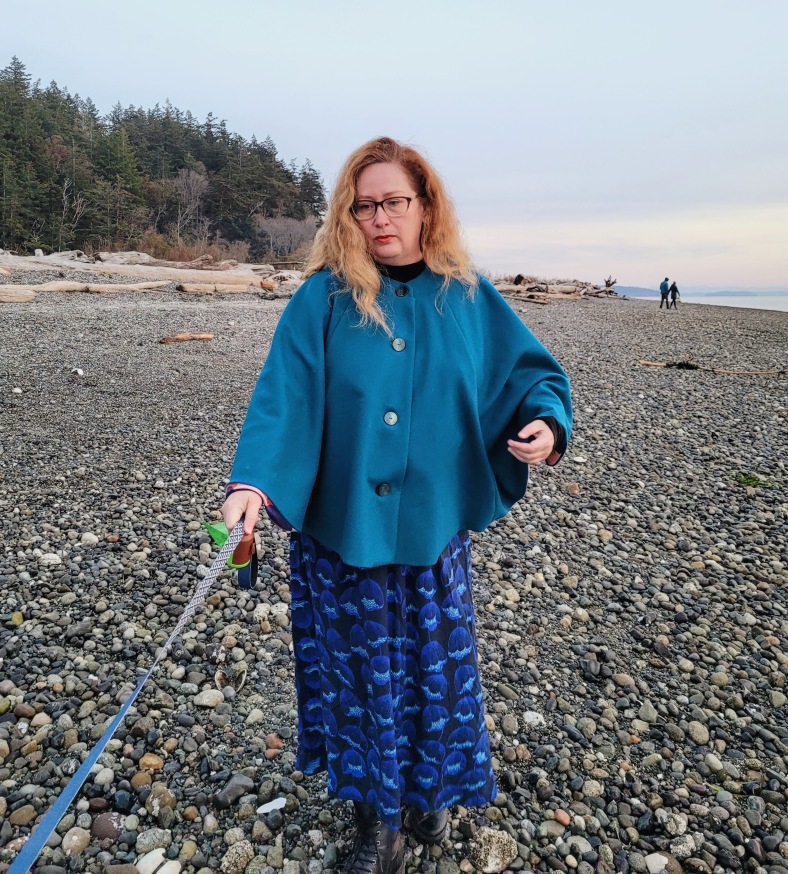 Yes! A cape! I know, I know. When I told my husband I was making a cape, the first thing he said was, “like a superhero cape?”. Understandably, I suppose. I didn’t really know what to come back with apart from, “well, it’s called the…umm… “Harry” cape – like, umm, well… the boy wizard Harry Potter, …I guess?” To which he rolled his eyes and sniggered. “Or”, I followed up, “maybe it’s what Prince Harry wears when he ventures out amongst the civilians in LA. You know… more of a regal thing?”. Frankly, I have no idea, but since it’s from the “I AM Magic collection” along with my floaty Irma dress, I guess the former is more likely.

END_OF_DOCUMENT_TOKEN_TO_BE_REPLACED

So…yes… now for a definite bit of Covid frosting and some much needed distraction from current affairs! If you don’t know what “frosting” is in terms of sewing (or “icing” for us Brits), it’s the type of frivolous, exuberant sewing that doesn’t necessarily encompass the most practical, everyday of garments, but is sewing for the fun of it, using a striking pattern or perhaps some flamboyant fabric. And as you can see, I decided to combat the approaching winter blues by going for optimum frosting with colourful choices for both pattern and fabric. Ha!